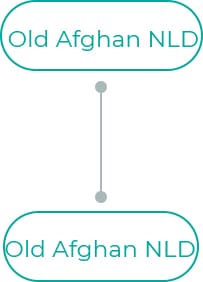 Old Afghan NLD by Dutch-based seed bank Tropical Seeds Co is a 100% Indica landrace strain originating from the Northern Region of Afghanistan. This genetic line was developed over 3 years from seed stock marked as “Original Afghan” acquired from Sacred Seeds.

Her buds carry a sweet aroma of citrus with scents of old school hash.

Old Afghan NLD’s effects are typical of the Afghani genotype. This strain is known for its powerful narcotic high with an emphasis on the body and for inducing deep relaxation.

This unique Indica landrace grows short but in a Sativa fashion. She produces plants with narrow leaves, long internode branching and small tight buds. Old Afghan NLD produces two main phenotypes, both varying in flowering time and taking roughly between ten to thirteen weeks, with some phenos growing more columnar, while others grow in a spruce tree-like structure. Outdoors, this landrace is ready for harvest by mid-October when grown in the Northern Hemisphere. Additionally, it’s also important to note that some phenos have been unable to produce flowers when grown indoors.

For those interested in obtaining Old Afghan NLD genetics. Limited seed stock remains available for purchase via several reputable seed banks despite the fact that it was only released as a limited offering by Tropical Seeds Co.

Be the first to review “Old Afghan NLD” Cancel reply